Women's Agenda Interview: We're past the 'future of work' - Time to talk the evolution of work - mwah.

In 2018, the World Economic Forum undertook the largest global research on the future of work ever done. Hundreds of Australia’s senior executives went to Davos to discuss it. Eighteen months prior, the WEF had asked the top 20 Australian listed companies to participate in a baseline survey for that report.

Eight weeks later, the WEF withdrew Australia’s data from the global set because not one of those Australia companies completed the survey. When this anecdote was delivered on Day 1 of the 2020 Australian Governance Summit held at Sydney’s International Convention Centre by business-leader Rhonda Brighton Hall, the room-full of roughly 300 shared a choirs of disappointed gasps.

The afternoon session drew in large crowds. Obviously, ‘The Future of the Workforce’ is a contested space for dialogue and debate. I was among the thirty or so attendees  standing wedged on the margins of the audience space, listening to Rhonda Brighton Hall speaking alongside Michael Priddis and Melinda Cilento about the role of board directors in leading the change towards the future of our workforce.

What we heard was the need for workplaces to find new approaches for measuring staff engagement and culture, along with a need to shift from thinking about the ‘future of work’ to the ‘evolution of work’.

Brighton Hall is the CEO and Founder of mwah (Making Work Absolutely Human) where she works with entrepreneurs and businesses to design optimal workplace culture.

She has worked in large multi-nationals including BHP, Sara Lee, and CommBank across numerous continents. In her keynote, Brighton Hall said that too often, engagement scores are disconnected from the culture of a workplace.

“Compliance is not just a set of scores,” she said.

She addressed the importance of speed and stress on productivity for organisations, and championed the notion of ‘agility’ to impact systems within a company.   ”We need to look underneath the skin of how we’re working together towards the future. We need to look at the impact on systems when there’s a lack of clarity in decision making framework and a slowing down of ability to move quickly.” 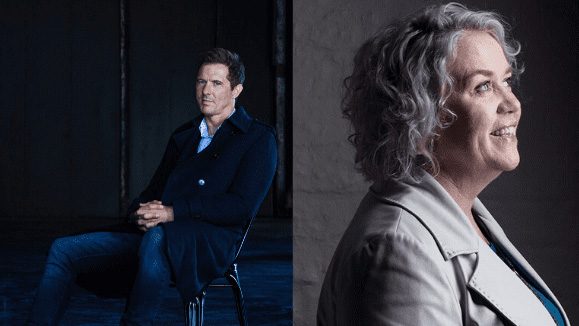 Brighton Hall also stressed the importance of paying attention to the nuanced ideas that impact organization. “Culture should be assessed through the framework of these simple questions. Firstly, what energises you at work? Secondly, could you go to someone for advice? And finally, do you know who to approach when you need a decision to be made?”

Brighton Hall, who has experience on boards, believes that boards need to be more thoughtful about setting their priorities straight.

“Boards need to ask, ‘What are our priorities?’ ‘Is it financial success or social impact?’ It should be about mapping beyond inclusion, and board directors and C-suite executives have a bigger role than anyone to place in this space.”

“What are the impacts on your organisation? Things that are emerging are societal based such as sustainability, climate change, division of wealth and the education revolution. They all play out differently.”

As the CEO and founder of AI systems company Faethm, Michael Priddis is also a member of the Global AI Council, part of the WEF. Priddis believes circumstances are changing and boards need to understand why we’ve had such a great run in the past few decades.

“One of the differences I’ve seen between boards here and boards overseas is the role of adversity as well as diversity,” he said. “Adversity need not be a negative thing. It can be focus businesses; in other countries, competition is a given. The proximity of other companies. Here, we treat adversity as an enemy. But it doesn’t have to be.”

Priddis also wants the language around this space to shift. “Let’s start thinking about this issue as an evolution of the workforce,” he said. “Change the term The Future of Work and instead, say to the executives team, How are we progressing through the evolution of work? Make it tactical.”

“When we hear the government say, ‘We will solve this with a culture of ‘lifelong learning’, there is no place in the world that is set up to deliver for a ‘culture of lifelong learning’. Our estimates is that in the future in Australia, there will be about 3.4 millions in jobs that will be augmented, not automated. We have to change the language and  reach out and say, this is not the end of work for you. There is instead, an opportunity for you.”

“Communicating this to the general public is important. These conversations are not happening here in Australia as much as it is overseas,” Priddis said.

Ultimately, both speakers believe the symbiotic push for change with boards and management are required for a better future. Brighton Hall encouraged audiences to rethink how we engage people into the workforce and unlock education.

“We now know how to grow skills and capabilities so much faster than we’ve ever known, and we can’t do it because our universities and TAFEs are still set up on such a strong financial model that they are grid-locked in it. We need to have a national conversation on this. There’s an education evolution that can’t happen.

“ We need to change the way we think about getting people into our companies. It doesn’t have to be like, I’ve captured you and it’s a war and I’ll keep you.”